Home » Blog » Technology » Why was Google Server Down? Learn the Reasons for Outage
Technology

Why was Google Server Down? Learn the Reasons for Outage

As it has spread all over the internet about Google Server Down news, here are the gory details of what exactly happened.

Google Server suffered an outage on 14th December, 2020, Monday, and impacted users and businesses worldwide. It was reported that none of the services by Google were working on any browser.

Users, being desperate, tried using Google services on the web browser but failed miserably. The services such as Gmail, YouTube, Google Calendar, etc were not accessible and working.

The vast majority impacted by the Google Server crash was businesses since Gmail was the service that was affected the most.

The news of outage spread like fire and while the server was being fixed, this outage got through the trending list on social media.

This made most of the users panic worldwide and reported various

In this article, you will learn why this happened and how it affected businesses in all the parts of the world.

What Happened During the Google Server Down Issue?

Due to the outage, all the services by Google including Gmail, YouTube etc, were inaccessible for a good amount of time. DownDetecter and other outage detecting websites showed that Google Services suffered an outage around 5 pm IST.

It was due to an internal storage quota issue which was estimated to be fixed within 45 minutes approx, a Google Spokesperson confirmed.

The outage took about an hour to be fixed and many other services that were not working tweeted promising to fix the issue as soon as possible.

This Google Server crash made users go crazy. Some users reported that they were not able to access their Gmail.

Many of the users reported they were logged out of their hangout meeting sessions.

So many users tried to use other web browsers but nothing worked. However, Google Search was working for some users, but not for everyone.

This Google Server Down mostly affected the users who own businesses and use Gmail as their email client. Gmail not being able to access emails gave users chills as all of their data is stored in their mailbox.

Imagine, you urgently require an email for a deal and if isn’t available, there are possibilities that you will have to incur heavy losses. You are just not able to access the email, how would you feel?

Terrible, right? That would actually be a pretty scary situation for a business. Well, businesses, out of everything else, were affected the most.

Let’s find out how.

How Were Businesses Affected due to Google Server Crash?

Gmail is used for communication and it is the most suitable way for businesses to communicate. Business uses Gmail to send emails containing a lot of crucial information such as details of their deals, contracts, campaigning ideas, etc.

This crucial information is stored in user mailbox and can be accessed whenever you want with an internet connection.

But, what if you are not able to access these emails?

What if Google is not allowing you to open these mails?

Such a situation only happens in case of an outage. Just like the recent outage due to which the Google Server Down news was trending.

This outage made majority of business owners panic globally. It is in inevitable that Gmail stops working even for 5 minutes. An hour long outage is just unacceptable.

Well, Google fixed it all in an hour and Gmail was back online and was confirmed to be working by Google itself.

But, what about the lost hour?

It is not coming back now, is it?

As mentioned above, many users complained that they were logged out of there hangout meeting sessions, they could have been in a business meeting. A meeting with the investors, with ventures, with vendors, and others that might have helped them make profits or grow their business.

Businesses worldwide had to stop working and let the hour go since there was nothing else that they could do.

Do you know you can avoid getting in such a situation of not being able to access your emails?

If you didn’t, now you know that there is a solution. Let’s see how?

Overpower the Google Server Down Issue in Future

You want to get over the problems created by the outage, right? That can be done in the nick of time.

We are here with such an amazing solution that can help you save all your emails from Gmail to your local device. In simple words, taking a backup is what can help you get through this situation.

Yes, a backup of your Gmail emails is not only going to help you during the Google Server crash period, it will also give you the benefit of accessing your emails offline.

We have the perfect tool for it which is the Gmail Backup Software that has the ability to export all your emails from your Gmail account and save them on your PC.

The application can export your emails with attachments on both Windows OS and Mac OS X. It also provides an option to save these emails in various file formats such as PST, MBOX, EML, EMLX, and MSG.

You do not have to worry and leave it all on the software. It will keep the Folder Structure the same and Maintain Data Integrity so you find the emails in the same order as before.

Keep using your emails even if the Google Server Down situation has hit.

Brief on the Outage

Though Google has apologized and promised a thorough preview to make sure this situation doesn’t occur again, one should always be careful.

It is only beneficial to have a backup of your Gmail mailbox. There is no harm in keeping your emails safe. You will also get more storage space on the server by deleting all the emails you have downloaded from there.

Use this secure and quick wizard to take a backup and be stress-free in situations where Google doesn’t let you access your emails like the case of Google Server crash. 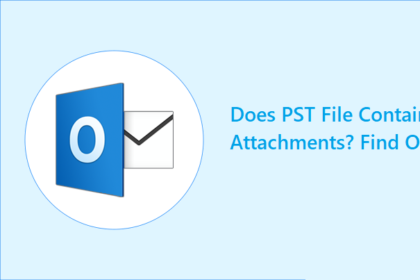 Export GoDaddy Email to Outlook – Move Data Without Any Loss

How Can I Convert a JPG File to PDF? 2 Effortless Techniques

View all of Lindsey Smith's posts.

Delete Gmail Emails All At Once Without Actually Losing Data
Migrate Zoho to Yahoo – Let Me List Out All Possible Methods
iCloud to Yahoo Email Migration Performance in a Smart Manner
How to Transfer Outlook Emails to Yahoo Mail? Don’t Lose Emails
How Can I Clean Up My Outlook Mailbox Without Losing Data